I just finished my first duathlon. The hot sun beating down, the exhaustion, the cramping muscles, the dehydration... I wouldn’t exchange any of those if it meant not being able to participate in the duathlon. And yeah, only serious people would participate in such an event - the duathlon is not for the faint of heart. In the third part of a run-bike-run event, my legs were already cramping that I was forced to walk majority of the 3km event. But despite the pain I was determined to finish the course. It would have been more painful to not finish the 6km run - 27km bike - 3km run course. Not finishing was not an option. And, as I neared the finish line, I decided to give it one last push: I wanted to be seen jogging on video, not hobbling in pain. And the Garmin Fenix 5 was with me the whole way. 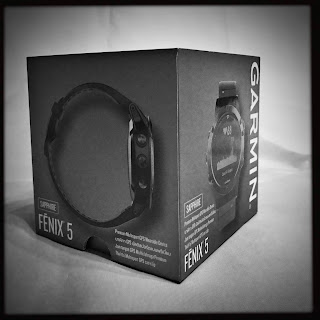 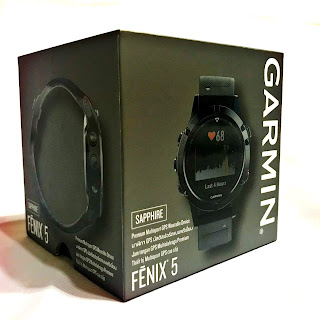 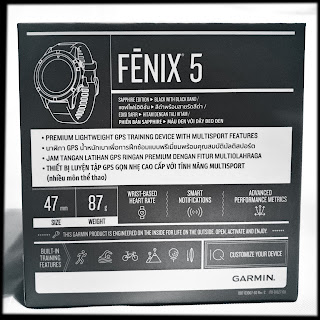 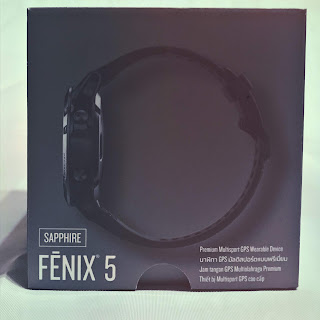 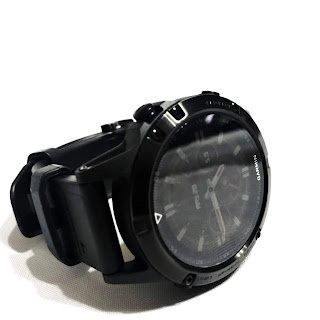 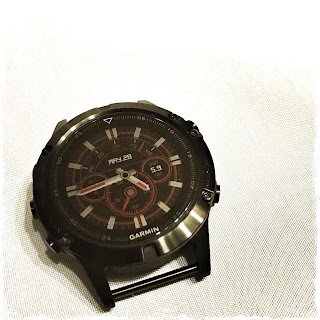 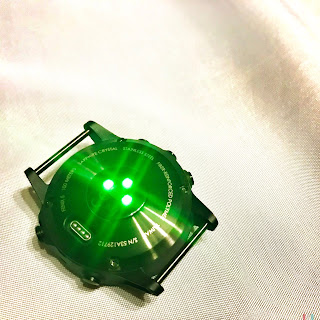 I was so happy also that, for my first duathlon, I was able to use the Fenix 5. With its multi-sport mode transitioning from the run to the bike and back to the run were very easy. I didn’t need to stop and start the app on my watch - something that I would have been required to do if I still used my previous watch - I just needed to press the lap button and I’m off to the next part of the event. The transition part is also included in the duathlon app and the time I spent in the transition wasn’t included in the overall time of my accomplishment.


It was a really sunny morning with no cloud in sight but I wasn’t worried even if I was suddenly caught in a downpour. The Fenix 5’s water resistance would fend of any rain easily. Actually, even if I decided to take it swimming up to 100 meters deep, the Fenix 5 would be fine. 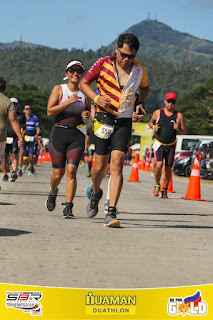 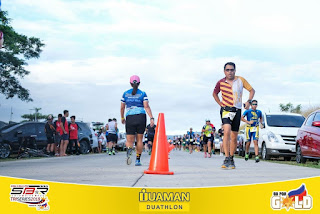 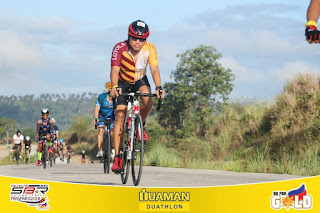 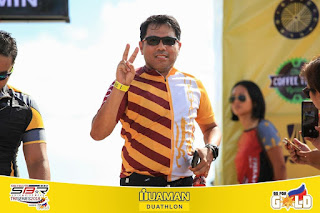 The Garmin Fenix 5 is a sizable watch. No one will be able to mistake this for a small watch. (More so the Fenix 5X!)m However, it was still a very comfortable watch to wear. I didn’t think it was too heavy nor too large. For me, the size of the Fenix 5 is just right and the weight and heft of the watch didn’t bother me at all especially during my run.


GPS tracking was spot on and the path the I ran and biked really hugged the roads. Well, considering the duathlon happened on an essentially open space helped the GPS tracking very much. However, If I ran on my neck of the woods, so to speak, the buildings mar the area and GPS mapping could be slightly off. 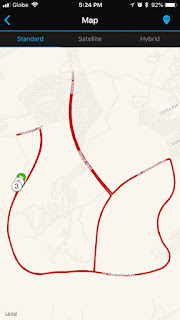 However, for me, the thing that makes the Garmin Fenix 5 a truly super sports watch are the data you get after an event. When you stop sports tracking, say a run, the watch will give you a lot of data about the run. For example, it will tell you whether your run was a productive one or not. This is because you may be overtraining (you are not having enough recuperation time) and you are doing more harm than good to your body. You will also be told what is your performance condition, a metric that tells you about your “ability to perform compared to your average fitness level”. This performance condition may also be a symptom of fatigue... 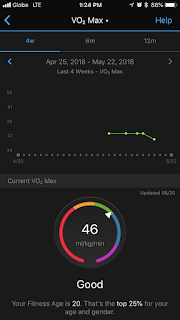 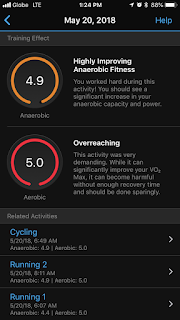 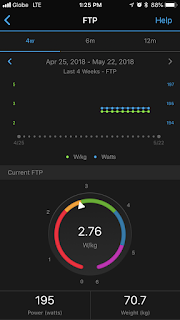 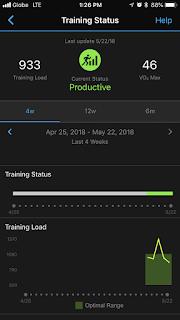 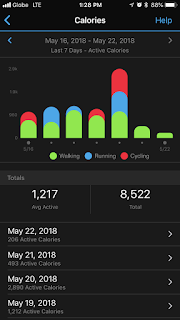 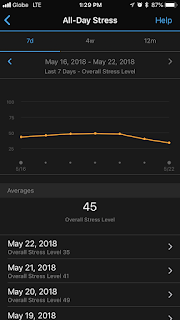 And speaking of fatigue, the Fenix 5 will also tell how much time to recover! In the case of my last duathlon, it told me that the next intense exercise that I should do should be 4 days after the said event. Otherwise, I only should do really light exercises, one that really doesn’t elevate my heart rate. 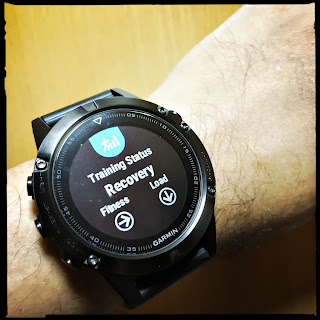 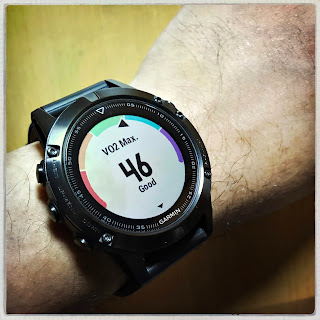 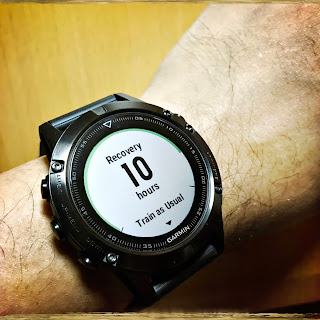 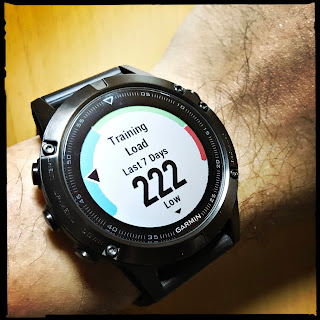 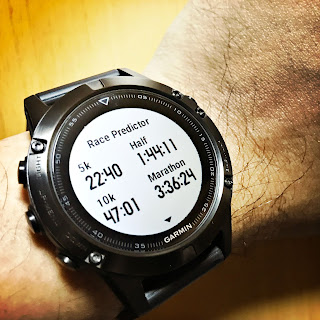 Well, I didn’t exercise at all and just did some “normal” pace walking!


Under the beating sun, the display of the Fenix 5 was very much visible. Ironically, when indoors and when you use the watch’s backlight, the display gets washed out... This watch is really meant to be used outdoors!


On the night before the event, I hardly was able to sleep because of all the excitement. And since the Fenix 5 also tracks sleep automatically, the device showed how much I slept. Unfortunately, I think the Fenix 5 is not as good as other devices in sleep tracking. For example, say I get up to, ahem, pee at 5am, go back to sleep and then finally rise at 6:30am, when I sync the watch with the iOS app, the app shows that I didn’t go back to sleep after 5am. So, I had to edit the app entry so as to get a more precise sleep measurement. 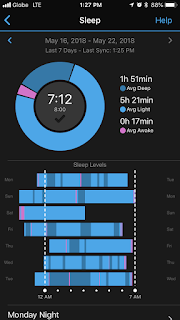 Also, sleeping with a biggish watch is something that takes some getting used to… 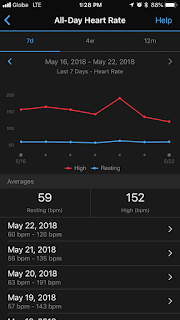 
The Garmin Fenix 5 came at a very opportune time. Good thing I had it right before my Duathlon. 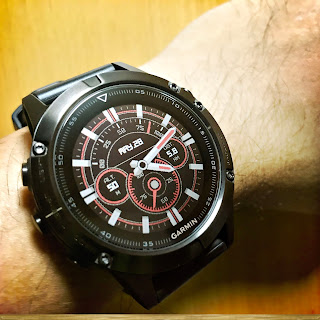 
Want to get the latest and greatest gadgets? Check out shoplite.com and sign up so you can be an owner of the latest gadget that you desire!

Posted by garybc at 5:27 AM No comments: