The BeatsX Earphones by Apple - A Review

I was in the market for a new pair of Bluetooth earphones. I am currently using the Jaybirds X2 when I jog and in my day-to-day activities. I also use wired earphones when my X2's battery dies. But with the iPhone 7 and newer models, I think using a wired pair of earphones is looking more and more like a dying proposition.

I am still happy with my Jaybirds X2 but, as with all electronic devices, after two to three years, its battery started to conk out. 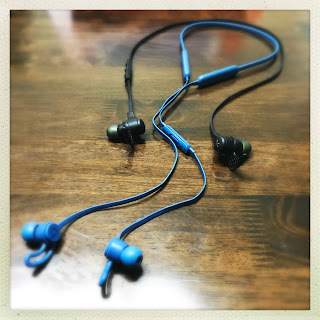 I've been reading a lot about how surprisingly great the new Apple AirPods are. However, for some reason, I think Apple has not anticipated the demand for those and, as of this writing, the AirPods are back ordered for up to six weeks! (So much for Apple's legendary streamlined inventory... I can still feel the pain caused by the fact that the Apple Watch Series 2 was back ordered here in the Philippines for several weeks after its official release date in the country...)

Anyway, I would have been willing to wait for the AirPods but one video dissuaded me to: the noise-cancelling aspect of the earphones. You see, I am a big fan of the Apple EarPods, the ones that come in every iPhone and iPod. (I still don't know why Apple doesn't include EarPods in iPads. I am an iPad owner and I listen to it with my EarPods... Also, why isn't the Calculator and Weather app not built into the iPad? Don't iPad users need to use a calculator nor check the weather? I digress...) 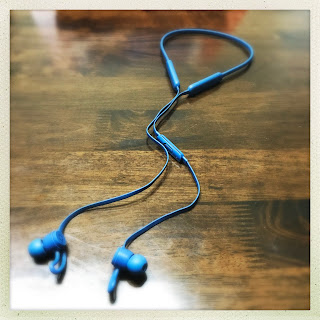 But, there are instances where I don't like using the EarPods, like when I'm in an airplane or when I am in a really noisy environment. There's not enough seal provided by the EarPods to mute outside noise. During those times, I prefer using my Jabra headphones. With that pair, noise is muted and I can listen to my music, or movies, without the need to crank out the volume all the way up.

The same is true with the BeatsX.

With this pair of earphones, the noise of Metro Manila - inside a restaurant or a cafe, or the noise of its traffic congested streets - is greatly muted. With this earphone, I can listen to my music in peace and not be bombarded by someone else's story the next table over. When the BeatsX ran out of battery, I actually sometimes don't remove it from my ears. Even if there is no music piping through the earphones, I still could not completely hear the conversion happening next to me. The noise isolation of this pair is really good! 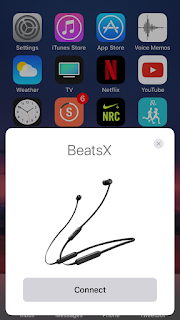 The BeatsX is the latest ear/headphones that came with Apple's own W1 chip. With this, pairing a new pair of earphones is such a seamless process. Just turn on the Bluetooth antenna in your iOS device, turn on the BeatsX and the earphones will immediately appear on your device! That is amazing!

After this first step of pairing, the BeatsX will appear in all of your devices where you are signed in to your iCloud account. 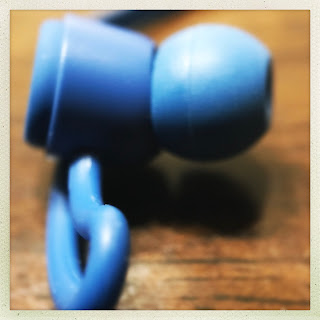 I should note that the W1 chip makes the battery of the BeatsX last longer and, also, because of it, the earphones and the iPhone can stay connected over a longer distance than without the chip. But, yes, it still doesn't make jumping from one source to another a seamless process.

And speaking of sound quality... This is my first pair of Beats earphones (the reason for which would be made clear...) and I am blown away by the sound this pair of earphones produce! Please note that I am not an audiophile and I am just basing that statement on whether I like the music produced by the earphone or not. And I like, very much, the sound produced by the BeatsX. The bass is not overpowering as other people have described other Beats products that came before the BeatsX. I don't like overpowering bass, hence my hesitance to own other Beats products! It is great when I listen to rock or hip hop but it is essentially useless when it comes to classical music - something which I listen to every once in a while. The sound produced by the BeatsX is more rounded and the earphones is more flexible in terms of the kind of music you want to listen to. 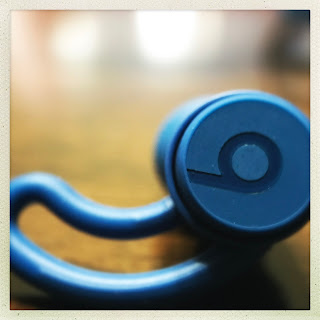 The BeatsX earphones are connected by a semi-stiff band, which the company calls Flex-Form, that you position across the back of your neck. At the left end of the band, you can find the lightning port: yes, the same cable you use for charging your iPhone, iPad or iPod can also be used to charge the BeatsX! It takes about two hours to completely charge the BeatsX from empty. There is also a quick-charge feature, called Fast Fuel, where charging the earphones for five minutes will give you two hours of battery time. It's a neat feature to have if you are in a hurry to listen to your music. 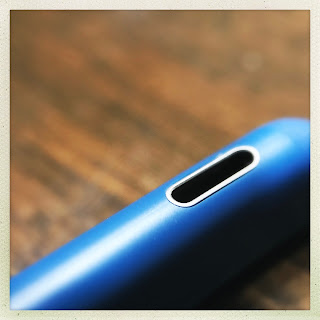 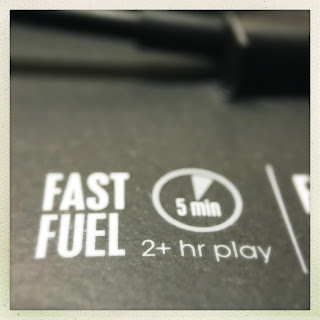 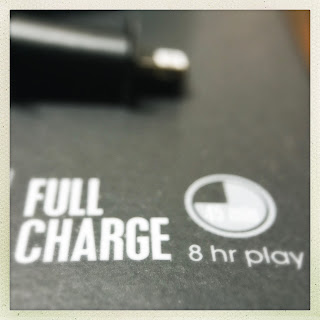 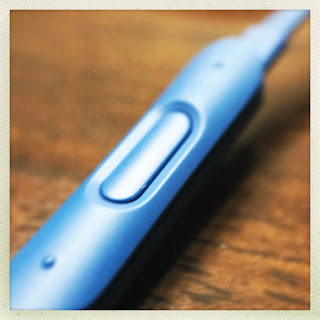 On the other end of the Flex Form band, you can find the switch to turn the BeatsX on and off. 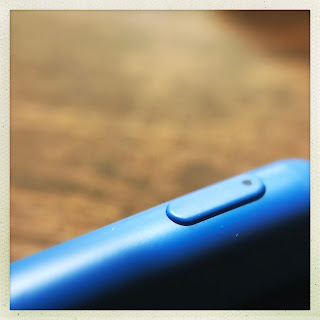 Inside the box, you get three additional pairs of ear tips and two pairs of ear fins. My ear canals are weird in the sense that, I can use the medium-sized tips, the one that comes pre-installed, but, it turned out my left ear canal is slightly bigger than my right ear canal. So, I need to use the ear fins to make sure that the earphone stay in my left ear!!! (The same is true with the Jaybirds X2.) The large size ear tips, however, is too big for my left ear canal... 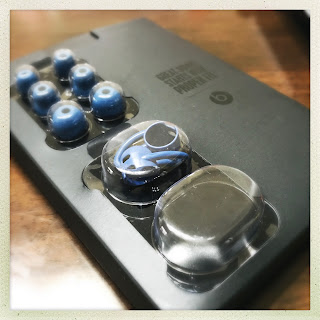 (What's more weird is that the EarPods fit my ears perfectly! They don't fall off no matter how much I "bang my head”.) 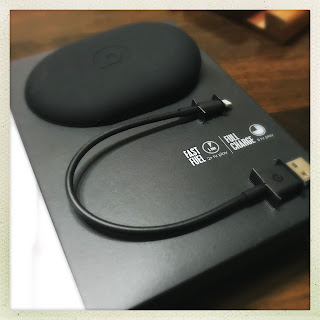 Finally, build-quality of the BeatsX is great! Everything feels premium in the hand. The only downside to the overall feel of the BeatsX is the case. Yes, it feels nice to the touch but getting the earphones inside is such an ugly task! There is no easy way to put the earphones inside the damn case! The case falls under the heading of (in my categorization) "Come on Apple!!!" I wish they could have just included a zippered case inside the box... 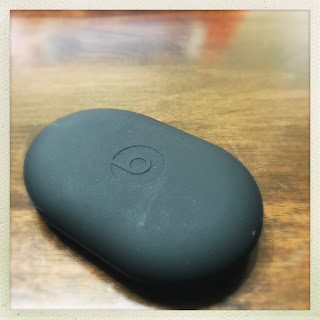 The battery lasts for eight hours and I proved it in several occasions already. And yes, the quick-charge is a boon for consumer tech: five minutes of charging from empty will give you two hours of listening time. I love that! 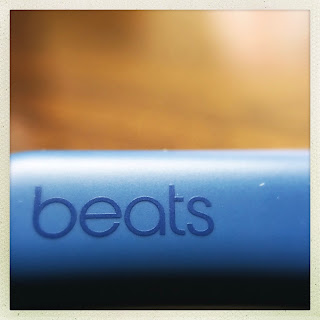 So, am I regretting not waiting for the AirPods? Heck no! I would still like to listen to it and try it but I am loving the BeatsX right now despite that ugly case.

The BeatsX is Highly Recommended!


Want to get the latest and greatest gadgets? Check out shoplite.com and sign up so you can be an owner of the latest gadget that you desire!
Posted by garybc at 10:11 PM